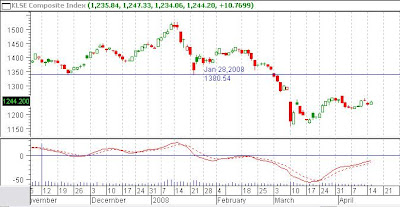 
Oil and gas services provider Dayang’s public issue of 17.6 m new shares at RM 1.45 each was oversubscribed 8.39 times. It is scheduled to be listed on April 24.

Chevrolet will expand its manufacturing arm to Malaysia, but the details are to be finalized in a few months, says its SEA operations president.