Low: ‘I have been getting good feedback from Arabs who have invested in Malaysia’

KUALA LUMPUR: Well-connected businessman Jho Low has dispelled talk that he is involved in the redevelopment of the TUDM Sungai Besi airbase.

“I am not involved – that part I want to make clear. I understand that there are some allegations that I received a RM500mil contract for the Sungai Besi project. That is absolutely not true. I have no involvement whatsoever in the Sungai Besi project and from what I was made to understand, it is a project by 1MDB,” he said in an exclusive interview.

Low also spoke extensively about Middle East investments in Malaysia and what the country needed to do to get more Arabs to invest here.

Q: What do you think Malaysian companies can do in the Middle East?

A: Tun Dr Mahathir Mohamad had great vision when he was Prime Minister with a lot of money that was spent building Malaysian infrastructure which also resulted in Malaysian-based construction companies that have gone on to be leaders in the global construction arena. 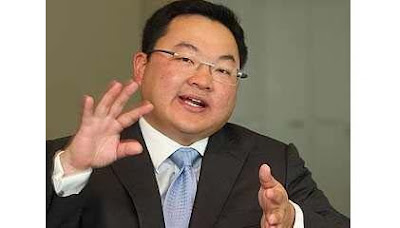 Q: What was your first involvement in a government-type project in Malaysia?

A: My first was actually the Iskandar Development Region investment. A friend from Khazanah called me and mentioned that they were looking to invite some Middle Eastern investors to be the core investors and asked if I knew of potential blue-chip investors.

So that is where it started. Eventually, both Mubadala and Kuwait Finance House’s USD1.2bil entry into Iskandar was a big boost for Malaysia.

They have shown their commitment as long-term investors and it is my view that Khazanah and Iskandar Investment Bhd have done a good job.

I have heard some arguments that projects in Iskandar are behind schedule. However, I have been told by a lot of major Middle Eastern developers that it is very important that large development projects are sustainable in the long term. It is better to take your time to be prudent with careful planning and proper execution as opposed to a rush job.

The Iskandar project so far has paced itself well as a long-term project, and the critics sometimes need to appreciate the fact that the objectives of Iskandar is to achieve long-term sustainability.

Q: Have you also been asked about other Malaysian investments?

A: I had also been asked by the previous chairman of Abu Dhabi Commercial Bank (ADCB) for my input and opinion on RHB Bhd and its potential which I was very bullish on for the long-term. ADCB eventually invested a significant amount in the Malaysian bank. That is one of the key investments Abu Dhabi made in Malaysia which continues to show that Abu Dhabi is investing in Malaysia for the long-term.

Q: What about 1Malaysia Development Berhad (1MDB) and what was your role in the Terengganu Investment Authority (TIA)?

A: I was involved in the setting up of TIA from January 2009 to mid-May 2009. The Yang di-Pertuan Agong Sultan Mizan (Zainal Abidin) was kind enough to ask me to assist, given my relationship with the Middle East and insight I had on how they had set up their sovereign wealth funds.

In addition to me, there was an important committee comprising key Malaysians such as Tan Sri Azlan Zainol amongst others, who provided important guidance. There was also input from blue-chip foreign consultants and advisers.

Subsequently, as I understand from news reports, TIA was federalised to become 1MDB. I don’t play any role in 1MDB, and I did not get compensated by 1MDB or any other government-owned entities although some blogs have mentioned that I did. That is untrue.

However, I do from time to time speak to friends in Khazanah and 1MDB to get their input and ideas on how to better facilitate investments from the Middle East to Malaysia or vice-versa.

Q: How did you get to know the Yang di-Pertuan Agong?

A: His Majesty’s sister Tunku Datuk Rahimah introduced us. She is the chairman of Loh & Loh Corporation Bhd, whom I met as a fellow shareholder of Abu Dhabi-Kuwait-Malaysia Investment Corporation (ADKMIC).

Q: How did you get involved in UBG Bhd and what is the latest on the sale to Petro Saudi?

A: In January 2008, I was invited to participate as a shareholder of ADKMIC. The other investors included Sheikh Sabah, Yousef Al Otaiba, and few other prominent Middle East and local investors. I had a 10% share.

This private investment company was set up for investments in Malaysia, and it participated in the UBG transaction because we saw UBG as a good company in terms of growth and the construction business. Un-fortunately, the world was hit by the financial crisis and infrastructure jobs in UAE slowed down.

We subsequently received an offer from Petro Saudi and we decided to exit this investment. We were informed by Petro Saudi that they believed that companies like Loh & Loh and Putrajaya Perdana had good potential to expand in Arabian markets.

Q: One of the biggest problems Malaysia has is attracting FDIs. What are the things we need to do?

A: Prime Minister Datuk Seri Najib Tun Razak’s recent announcement on liberalisation have been tremendously helpful in building investor confidence for Malaysia. However, there are some investors who are taking a wait-and-see attitude to be convinced of actual implementation.

Previously, there had also been complaints about bureaucracy but this has improved tremendously. I have been getting good feedback from a lot of Arabs who are investing in Malaysia and thus I am bullish in the long-term on our ability to attract FDIs.

Attracting FDIs is not just about going abroad and doing roadshows to sell publicly-listed shares. The FDIs that Malaysia should be pushing hard to attract are those which clearly indicate a commitment for the long-term which result in real multiplier effects and benefits the country.

Malaysia can also be more effective in locking in FDIs by having a more streamlined, coordinated and systematic approach in which heads of states, government officials and private businesses target key investors and offer attractive investment propositions in strategic areas for Malaysia which maximises the short-term economic impact for Malaysia, but also fits the bill of sustainable development in the long-term.

It is also important that all Malaysians make the extra effort of explaining to investors about the potential of Malaysia and clarify some of the negative perceptions of our country.
Posted by KC Goh(吳繼宗) at 9:42 PM