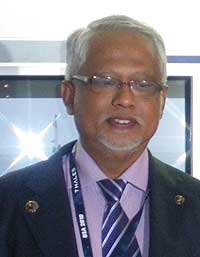 "Foreign investors will invest elsewhere because they see a chronic bureaucracy, where they are forced to pay cabinet lobbyists, cabinet ministers' wives and their families," said Mahfuz in a statement.

He adds that foreign investors are also wary of the flawed legal system, citing the unresolved case of the VK Lingam video controversy, the BN takeover of Perak and the second sodomy trial of Anwar Ibrahim.

azlan"These examples gives the impression of 'law of the (jungle)' and not 'rule of law'," he said.

A CEO would have resigned

Mahfuz said that if Najib's role was to be compared to that of a chief executive officer, the premier would certainly have to resign.

"The prime minister is the CEO of a country and is responsible for bringing returns to the country... The 81 percent drop in FDI has stripped Najib of his qualifications to be premier and finance minister.

"Najib should step down gracefully to save 1Malaysia and his 'people first, performance now' slogan," he said.

azlan"They (foreign investors) don't see the culture of accountability and responsibility," he said.

The UNCTAD report showed that Malaysia continued its downward trend in attracting FDI since 2007 and the drop in 2009 was massive compared to neighbouring countries such as the Philippines, Indonesia and Thailand.

Critics said the report had spawned red flags for the economy which needs immediate attention, while the premier and the Finance Ministry have yet to officially respond to the matter.